MOBA games have always been known as the most complex and mechanically intense games out there. So, in this article I’m going to explain why this is so and how playing these games can significantly improve your general gaming skills.

Obviously, when playing MOBA games one of the main things you’ll learn is the aspect of teamwork. It’s actually crystal clear that in such competitive environment games like these teamwork takes priority over everything else and there’s no doubt every single gamer across the world will agree to that. If you take a team full with extremely talented players but they lack coordination with each other as well as good synergy, then they’re sure about to crumble, but if you choose a team of less skilled but very cohesive players, that team will be able to walk over their opposition with ease. So, as long as you regularly play MOBA games, you’re definitely going to learn how to best work with your team.

If you’re playing MOBAs on a quite regular basis, you’ll also improve your mechanical skills. This is due to the fact that most characters (if not all) in these sort of games have quite complex designs, as well as the combos you need to achieve with them require really precise aim and very often precise timing too.

For example, in League of Legends Azir is a character that you easily cannot use to its fullest potential unless you are not good enough to time his ability combos right. Thankfully though, just by playing these characters now and then basically guarantees that your mechanics like aiming, timing and such will enormously improve.

Without a doubt in most game genres like MMOs, FPS, RTSes, RPGs and such, the awareness of map can determine how well you perform, and luckily, the accent MOBAs put on good awareness gives players an opportunity to improve this skill as well. When you’re playing a MOBA, you constantly need to look at the map in order to watch out for missing enemies, follow up on what your enemies are doing or warn your teammates in case they’re about to get in trouble, so you end up creating a habit of looking at the map every few seconds to ensure that everything goes well. This habit will help you a lot in almost every other game you ever play.

As last but definitely not least, your confidence will be improved. In any MOBA game, you’ll very often find yourself in situations where you have to make a big play to get your team ahead and hopefully win a victory. Running into situations like these usually will give players the skills and the ability to make clutch plays whenever necessary and worth mentioning, clutch games are exactly what will get you far in most games.

So, the point of all this is that playing MOBA games is not only a cool entertainment but a great self-development as well. Playing such games improves both your gaming skills and skills for life!

Be the first one to find about "Four Skills You Will Improve By Playing MOBAs" and similar articles.

While spending a few bucks extra for a different weapon or outfit for a character doesn’t seem that bad, some … Read More » 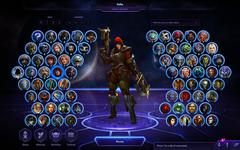 Be the first one to find about "Four Skills You Will Improve By Playing MOBAs" and similar articles.