The idea of rocket-powered cars jumping through the air in gladiatorial-esque arena matches of cage-soccer sounds turns out to be just crazy enough to work. the follow up to Supersonic Acrobatic Rocket-Powered Battle-Cars, Psyonix’s Rocket League, finds foolish fun in crashing in turbocharge-assisted front flips in an ice cream truck as well as working with your team to control the huge ball on defense and offense. In spite servers that hardly work perfectly, the fluid and fast absurdity of Rocket League turn into such an awesome time.

The main mode includes two teams of three in performance-identical but visually diverse vehicles racing up and down the pitch chasing the oversized soccer ball. The rules are very simple, which means, you don’t need to know anything about soccer or driving games in order to play. All you’ve got to do is drive really fast around neon colored, glossy arenas and do fancy tricks while trying to smash a ricocheting ball into the score. 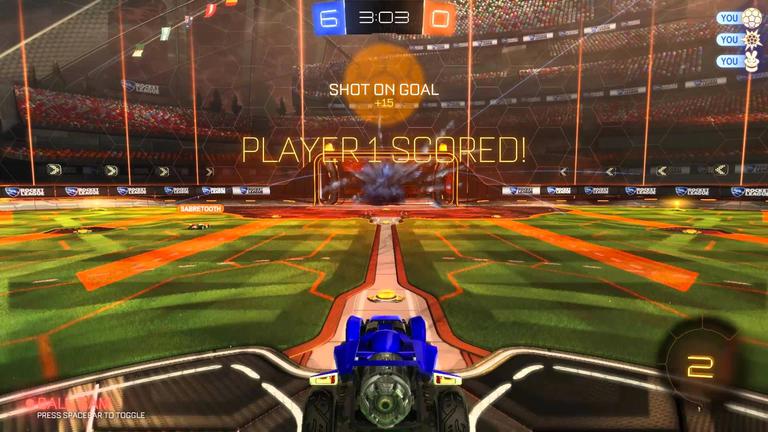 In Rocket League also exist variants such as 1v1, 2v2, 3v3 and 4v4. The heart of Rocket League lives in that feeling of unrestricted movement. You can drive on the walls and ceiling, as well as ridiculous mid-air direction. It’s completely different from the driver in the real world usually experience, but its fantastic movement is so satisfying that you got to remember to pump the brakes or lay off the tricks when a simple bump or nudge will do.

Besides the intoxicating and insane gameplay, Rocket League has a few features to boost the experience. There’s a player-progression system, where performing in-game feats or winning matches earns you experience, as well as unlocks goofy cars or cosmetic accessories and decals.

Sure, it’s fun to drive a truck wearing a sombrero, but because there’s little or no mechanical difference between the vehicles, there’s no actual sense of progression that changes how you play a match. It would have been more meaningful if each car would carry the strengths and weaknesses implied by their real-world counterparts, for example, trucks and vans as slower but stronger defenders, sports cars as speedy but hard-to-handle strikers, and the all-purpose roamers somewhere in between. It seems like a missed opportunity to add a better connection to your cars in the garage.

But despite that, there’s a different progression arc found in learning to use the surprising mechanical functions of Rocket League’s various controls and flight physics. The experience of Rocket League is always about getting into the next throttle-pumping match. 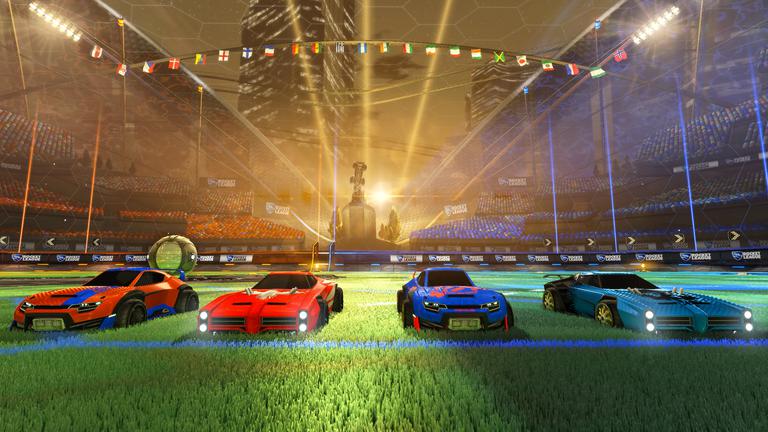 However, Rocket League servers struggle to support the inflow of PlayStation 4 and PC players hunting for same matchmaking bouts, rendering most of the games online features (including the online party system) spotty at best.

To conclude, Rocket League is a rare example where the performance of an absurd, simple idea is so engaging and strong that it doesn’t need countless extra features around it. Even without meaningful progression systems, the rush of driving across the pitch at full turbo to avoid a shot on goal with a clutch bicycle-kick is enough to bring you back again and again for just one more match. Rocket League is a great, easy to learn and goofy game which totally demands that you grab a couple of friends and play a few rounds. 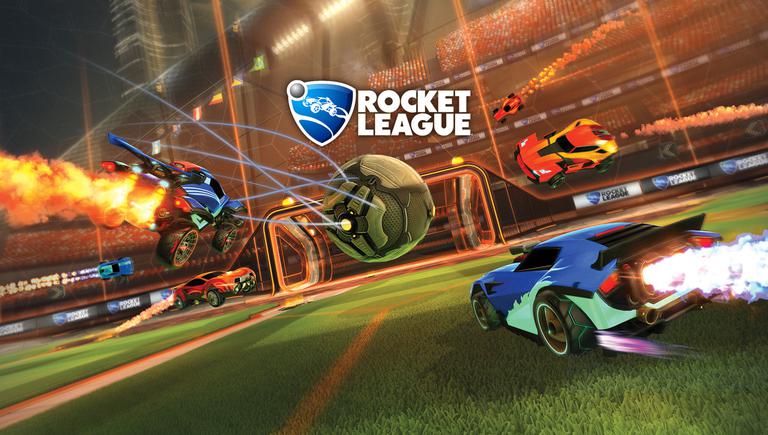